At StitchFest in Herndon Va this weekend I met in person Astrid of Dragon Stitches and Other Stuff. It's been so long since I posted. I promised her I would post today. We had a great time. In the project bag exchange she chose the bag my sister put in. It was made of dragon fabric. Here's a picture of the whole group. 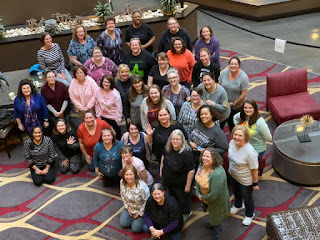 I'm going to start catching up for the past year. I started the year doing the #stitch9challenge created by Michelle Rudy of @farmgirllovesgoats. These were my picks. 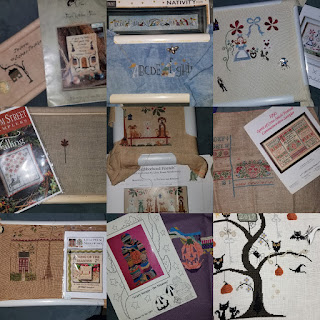 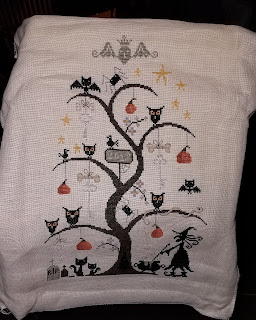 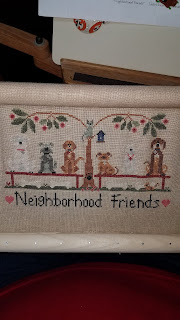 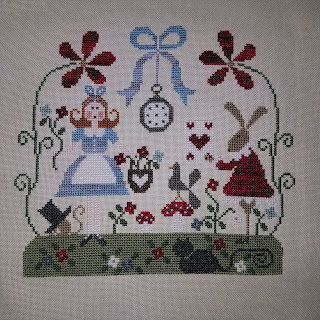 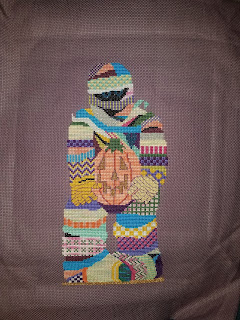 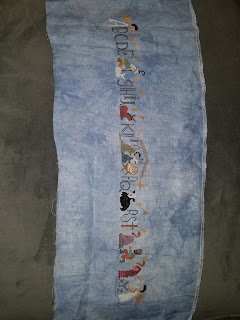 These are the first five I finished. They were completed January through April. In April we went to Ireland. That will be a separate post in the future. We also adopted two new kitties at the end of April. This is Honey. 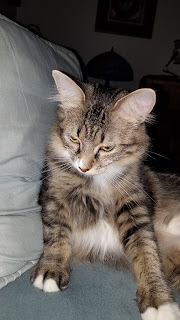 and this is Roxie. 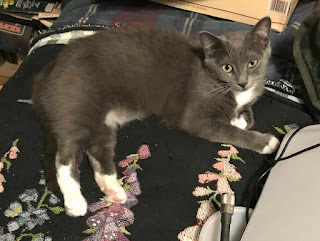 Thanks for stopping by.

You did it, I don't know if I will today but soon.

Yay, you posted! I'm so glad to have met you at the retreat after all this time!
It was a great weekend, and of course I HAD to pick the dragon bag, it was adorable.
I love all your stitching, so many cute pieces. I think the Mummy might be my favourite, but those pups are sweet too.
Awe, Honey and Roxie are adorable, I'm sure they keep you entertained!
I hope to see you at some future stitching days, and definitely next year at Stitchfest.

Jan
Alexandria, Virginia, United States
60 years old working full-time as the admin to the DC and NoVA branchs for my office. Married to my soul-mate for 31 years.